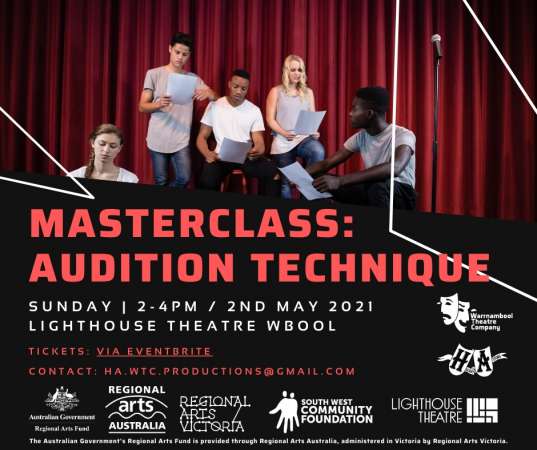 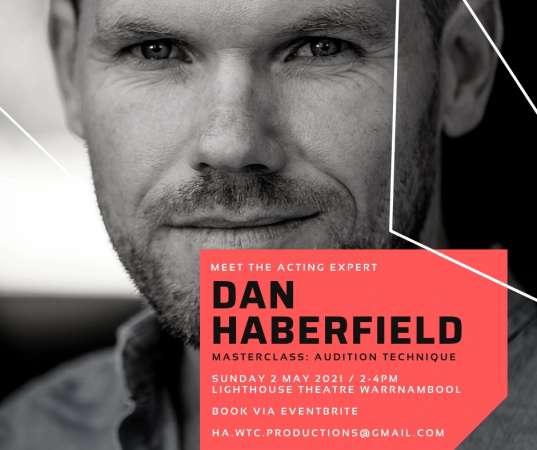 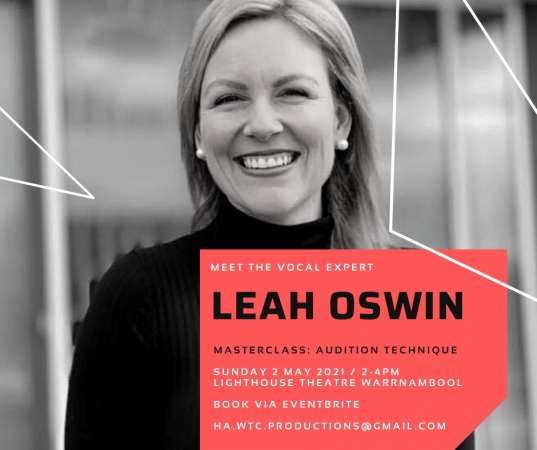 Want to enhance your chances in the audition room? Then this Masterclass is for you! Enjoy a day of learning with professionals Dan Haberfield and Leah Oswin with their Masterclass: Audition Technique.

Dan Haberfield - relinquished a promising career in education in his early thirties to develop a reputation as a talented, professional and highly dedicated actor/writer. Recently completing his first film as a director, THE DEMON, which he wrote, directed, produced and starred in.

As an actor, Dan has worked under internationally renowned directors Larysa Kondracki (Picnic at Hanging Rock), Kriv Stenders (Jack Irish) and Mimi Leder (The Leftovers). He has worked opposite international stars such as Natalie Dormer (Picnic at Hanging Rock) and Guy Pearce (Jack Irish). As a creative artist, Dan has also appeared in The Wrong Kind of Black and ABC Australian series The Warriors. While enjoying these opportunities, he also constantly challenges himself with a diverse range of projects and experiences.

Leah Oswin - Voice Teacher & Soprano. At the top of her VCE class and with a High Distinction, Leah was awarded a three-year full-time scholarship to the prestigious Dame Nellie Melba Conservatorium of Music. Following this up with the Amelia Joscelyne Scholarship for her 4th and final year of Bachelor of Music.

Leah then continued her studies at the Sydney Conservatorium of Music in the Diploma of Opera. Since then, Leah has participated in many performances, masterclasses, recitals, extensive International performance and study tours of Germany, Switzerland and Austria.

Leah is currently a Vocal Teacher at Emmanuel College, Warrnambool and runs her private studio in Port Fairy. Passionate about the voices of the future, she is thrilled to be joining us for this Masterclass.

Leah said, 'Auditioning at any stage can be a daunting and frightening experience. By joining us for this Masterclass, you will ensure you go into your next audition well prepared and raring to go!'