In line with the Victorian Government requirements, patrons 18+ must be fully vaccinated or have a medical exemption to attend the Lighthouse Theatre.

Never underestimate the determination of a child!

Young Emil catches a train to visit family in the big city. Something valuable is stolen. But the thief soon discovers Emil was not such an easy target. A group of quick-thinking and resourceful children rallies around. Can a bunch of kids work together to uncover and outsmart the true criminal?

How do we find our friends in the world? How do we work together to defeat tricksters?

In Slingsby’s signature intimate theatrical style, Emil and The Detectives is told by two skilled actors immersed in smoke and mirrors, miniature worlds and a cinematic score. Dark and light, intrigue and delight for audiences aged eight and upwards.

Don’t miss the special pre-show pyjama party, where all the kids can make their own shadow puppet city that will then feature live in the show! 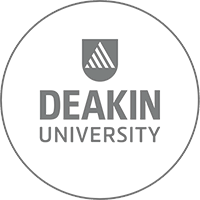